Forget SEC, US Infrastructure Bill Is The Crypto’s Real Worry 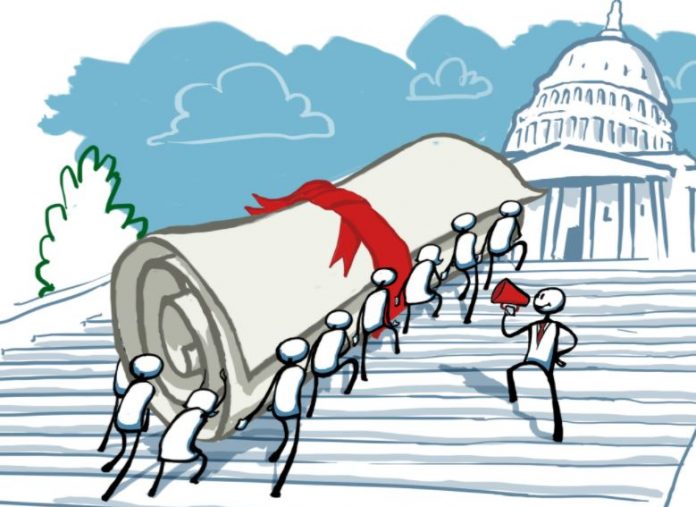 Gary Gensler, chairman of the Securities and Exchange Commission (SEC) stated in a Bloomberg interview that he believes the SEC should tighten control over exchanges to protect investors against fraud.

Read: On 3rd August Miami Becomes The First US City To Launch Their Crypto, Miami Coin (MIA) to Fund City Initiatives, And Rewards Users In BTC

Bloomberg reports that the SEC’s main concerns in crypto include “initial coins offerings, marketplaces, lending platforms, decentralized finance (Defi), stable coins, and exchange traded funds (ETFs). Gensler has made several comments about cryptocurrency regulation but has yet to address some of the most pressing questions in the industry, like whether an Bitcoin exchange-traded funds can be approved by SEC.

The Bigger Problem Is The Infrastructure Bill

However, the industry faces a larger problem. US Congress is currently looking for ways to fund an infrastructure bill, which aims to strengthen national railways, tunnels and bridges. One way to raise funds is to close loopholes that permit cryptocurrency holders to dodge taxes.

Officials complain that crypto transactions can evade taxes because of weak reporting standards. Digital assets such as bitcoin are considered assets by the I. R. S., meaning that each transaction is subject to capital gains tax.

The Senate bill contains a provision that aims to raise taxes by $28 billion by forcing more companies to collect tax information. According to IRS officials, additional tax information will help track cryptocurrency earnings.

The bill was met with concern by the crypto community. The bill contained clauses that Industry lobbyists warned could also include crypto miners, who may be reluctant to share financial information.

“Yes there were concessions but the latest language can still be interpreted by Treasury to cover miners, lightning nodes, and the like. If that’s not Congress’s intent, there are easy fixes they can adopt. There’s still time.”

Yes there were concessions but the latest language can still be interpreted by Treasury to cover miners, lightning nodes, and the like. If that's not Congress's intent, there are easy fixes they can adopt. There's still time. https://t.co/HYaUScY3pS

“The final legislative text included some changes to alleviate concerns of the cryptocurrency industry, which expressed alarm last week about new requirements that would define most of the participants in the sector as brokers and force them to turn over information to the I.R.S. The provision was projected to raise $28 billion over a decade.”

Lobbyists were managed to modify some words, but industry supporters think the change isn’t enough. They fear that it could trap software companies that create products such as crypto wallets that allow people access to their assets.