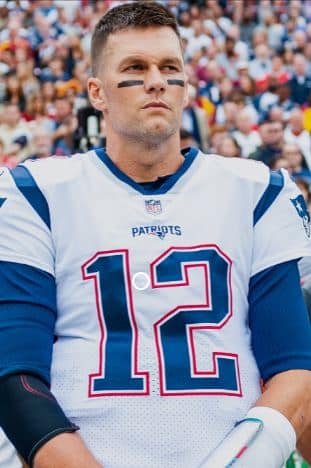 Tom Brady is one of the biggest names in NFL history threw his 600th touchdown pass on Sunday, but the historical game ball was tossed to a fan in the stands which means team officials had to go retrieve it.

When Brady’s team tried to retrieve the ball, the fan didn’t just want to return and the team had to negotiate.

The Bucs had to negotiate to get Brady’s 600th TD ball back from a fan 😂 pic.twitter.com/31WAjBJVfU

The fan who got the ball, Byron Kennedy, negotiated with one of the Buccanners coaches. After returning the ball, the fan missed the opportunity for better negotiation but he is still getting too much.

Tom Brady said the Bucs fan lost all his leverage once he gave up the 600th TD ball.

But Brady is giving him a bitcoin 🤑 pic.twitter.com/upGBpmcMDS

The fan Byron was given Two autographed Brady jerseys and a helmet, a shirt signed by Mike Evans and the cleats he wore in the game, a $1,000 credit for shopping in the team store, and tickets for the entire 2022 and 2023 season.

That’s a great deal for anyone, but it gets even better for the lucky fan.

Brady, who is a big Bitcoin fan and has laser eyes on his Twitter profile picture, decided to go one step further and asked the FTX cryptocurrency exchange to help give Bitcoin to the fan.

FTX agreed to help Brady send Bitcoin to the fan.

“So who got the better of this trade? Well, one expert said the football could be worth as much as $900,000, considering Brady is the first person to throw 600 touchdowns in the NFL. Meanwhile, a single Bitcoin is trading for about $62,500.”