HomeGuidesTop 5 Altcoins Under $1 With Strong Potential, Prominent Products, And Ambitious...

In this article, we’ll take a look at crypto coins worth investing for less than $1 With Strong Potential, Prominent Products, and Ambitious Teams, and with tremendous upside potential along with a bonus coin.

Ripple aims to compete with companies like SWIFT that currently offer this type of service to banks. In addition, Ripple’s XRP is designed to be a fast, less costly, and more scalable alternative to other digital assets and cash payment platforms.

Ripple is surrounded by lot of controversy. They are currently in litigation with the US Securities and Exchange Commission (SEC) but still lean towards winning the case. Ripple CEO Brad Garlinghouse has confirmed Ripple’s plans to go public after the firm settles its lawsuit with the SEC. A settlement or even a layoff is expected shortly, which should have a good effect on the price of XRP.

Despite of SEC lawsuit, Ripple is also doing great in ASIA making many new partnerships. Recently Ripple announced that Ripplenet Will Be Used By SBI Ripple Asia For Cambodia-Vietnam Remittance Service.

Ripple Also Made It to be On 2021 CNBC Disruptor 50 Companies List This Year. 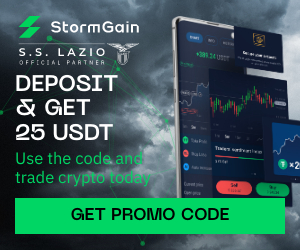 VeChain is a blockchain-based supply chain platform. The company is committed to leveraging distributed control and Internet of Things (IoT) technologies to create an ecosystem that solves significant supply chain management challenges. The idea is to improve the transparency, and traceability, and of supply chains to ensure end users is protected from counterfeit products.

The company is snowballing, which can be seen in its recent partnership, which was announced this month. The company recently partnered with Shanghai’s leading Renji Hospital to launch “MyBaby,” a blockchain-based service that tracks IVF progress.

Vechain Powered The MyBaby project improve the IVF process by allowing families to see transparently all data related to the development of eggs into embryos tracked on the blockchain.

VeChain believes the MyBaby app can relieve anxiety, depression, and stress associated with the IVF cycle. However, additional partnerships will help the project’s scalability and ultimately create demand for the cryptocurrency, leading to higher prices.

Other than MyBaby app Vechain had Prominent Projects In Health And Safety in one year time.

Vechain Demonstrate How Its Advanced Blockchain Technology Contributes To The Fight Against COVID-19 Pandemic and Vechain is also working on NFT Ecosystem.

The company offers services similar to Ripple but with a unique feature; each transaction costs only 0.00001 XLM.

In terms of partnerships, Stellar has a basket of it. For example, several years ago, Stellar and IBM teamed up to launch World Wire. This project allowed large financial institutions to send transactions to the Stellar network and transact using bridge assets such as stable coins.

It was announced recently that investment firm Victory Capital Management would take steps for its investors from the United States to gain access to the cryptocurrency market. It has listed XLM on its list of coins to consider.

Tron is a blockchain that ensure that its technology is usable in daily use. It is best described as a decentralized platform focused on content sharing and entertainment. Since Bitcoin can process up to six transactions per second, and Ethereum up to 25, TRON claims that its network has a throughput of 2,000 t/s.

Tron has created the TRC-20 network, where transaction fees are significantly lower than popular networks such as the Ethereum (ERC-20) or the Binance Smart Chain (BEP) network. With low transaction fees, demand for the network is guaranteed, and this will ultimately help the price of the coin.

Tron Blockchain is doing exceptionally good and is able to acheive some major milestones.

Popular Stable coin USDT and TUSD are available on Tron Network, with the minimum transaction fees.

Tron is doing great in NFT marketplace they have make NFT their priority, and have released a new TRON NFT Standard.

ORAO, a data-agnostic oracle network that supports multiple blockchains, has partnered with TRON to launch general data products on the popular TRX blockchain protocol.
TRON transactions hit a new all-time high as Justin Sun set the next milestone of 10 million transactions per day. The total value of the Tron blockchain has exceeded $8 billion.

The TRON blockchain network is showing good signs of growth, reaching important milestones in recent weeks. Daily transactions on the TRON blockchain have reached a new all-time high, increasing 500 percent over the past year.

According to TRON data tracking platform Tronscan.org, the blockchain currently processes over 9 million transactions in a single day.

In addition to this massive increase in daily transactions, the number of unique addresses has also increased significantly. There are currently over 45 million addresses on the blockchain network, according to Tronscan data.

The TRON blockchain network offers support multiple stablecoins and continues to grow. USDT Tether continues to dominate its peers with a $32 billion circulating supply.
On the other hand, the Circle stablecoin USDC has seen significant gains. In less than a month, USDC circulating supply on TRON has exceeded 108 million.
Read More: TRON Milestones

Hedera Hashgraph is a public network that enables individuals and businesses to build powerful decentralized applications. Today it is called “Trust Layer on the Internet.”

Hedera Hashgraph is not built on top of a regular blockchain but instead introduces an entirely new type of distributed ledger technology known as a hashgraph.

This technology improves many blockchain-based alternatives in several key areas, including speed, cost, and scalability. For example, transaction fees are only $0.0001 as they are completed in less than five seconds.  Overall, Hedera Hashgraph claims to be able to process over 10,000 transactions per second (TPS).

In terms of partnerships, Hedera has a network consensus that includes a rotating Board of Governors of 39 highly diversified organizations spanning up to 11 different industries.

The Hedera network will undergo a network upgrade that is expected to improve hashgraph performance dramatically. This update is expected to help increase demand for the coin.

So this is our list of TOP 5 coins below 1 Dollar with Strong Potential, Prominent Products, And Ambitious Teams. This article is for information purpose and not a financial advice. Please do your own research before investing.

Lets look at a bonus coins, the coin is not under 1 Dollar but is the most discussed and hot coin at the moment. You all know it is Cardano, Trading only 37 cents above 1 Dollar ($1.37), there is so much going on in Cardano ecosystem.

There is no doubt that Cardano is a top altcoin, and the crypto community is showing great interest in ADA as the blockchain is on the verge of becoming a smart contract compatible with the Alonzo update scheduled for next month.

Recently Grayscale that is Leader in Digital Currency Investing announced that they have added Cardano to there Crypto trusts and Cardano became the Grayscale third-biggest holding with a 4.26 percent share, only behind BTC and ETH.