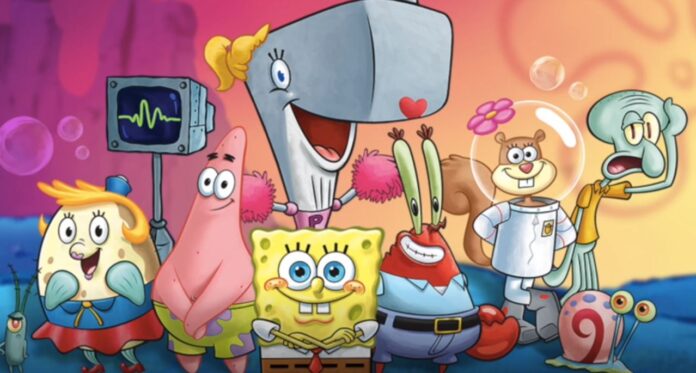 SpongeBob Square (SPONGS) coin is based on the American animated comedy television series ‘SpongeBob SquarePants’ created by marine science educator and animator Stephen Hillenburg for Nickelodeon. The series chronicles the adventures of the title character and his aquatic friends in the fictional underwater city of Bikini Bottom. Being the fifth-longest-running American animated series.

Based on the popularity of this American animated series, a fake coin is taking advantage. Having 1 trillion total supply, crypto SPONGS has gained about 5,000% in the last 24 hours, signaling that the meme coin market is not dead yet. But obviously, the coin has no official relationship to the SpongeBob cartoon, other than illegally using its name and logo.

Trading only on decentralized exchanges, PancakeSwap, the currency model of this coin, is a copy of other shitcoins whose funds will be used for marketing and charity. Still, in truth, it only enriches the developers.

Due to its excessive earnings, SPONGS already occupies the top of the CoinMarketCap website as the highest-earning coin, followed by other shitcoins. Despite this, their future is devaluated, so don’t buy.

With the first season of the original animated series released in 1999 and new ones still being created, the SpongeBob cartoon tells the life of a sea sponge and other underwater creatures. In addition, some of his scenes ended up becoming memes and, perhaps because of this and his charisma, a fake coin was created.

Although it has no official relationship with the cartoon series, the SpongeBob coin seems to be catching the attention of investors who aren’t afraid to rip money by “investing” in fake meme coins. In the last 24 hours, the currency has already increased by 5000%.

Despite the high earnings, it still has a small market capitalization of just 1 million dollars. Perhaps investors expect her to become the next Shiba Inu (SHIB); despite this, she is more likely to go the way like Squid game token. In November, The Fake token based on the “Squid Game” (a popular and trending Netflix Series) fell from $2856 to almost zero in a few minutes.

With the weakening of the two best-known meme coins, Dogecoin (DOGE) and Shiba Inu (SHIB), which have already lost 80% and 70% of their value respectively from their historic highs, investors are now trying to fool themselves with other shitcoins like Spongebob’s coin.

Even so, the fate of baseless coins is only one: to lose all their value. This is yet another one of the 15,000+ cryptocurrencies on the market that doesn’t even feel like it exists, yet it attracts a range of suckers.

Finally, don’t play with your money, or you will become a meme. Try to invest in serious projects with a future, such as Bitcoin, which, thanks to its technology and fundamentals, is trying to fight inflation caused by rulers.