Home Crypto News Market Billionaire Jeffrey Gundlach, 'Bitcoin Is For Speculators And Is A Buy At...
Crypto NewsMarket

Billionaire Jeffrey Gundlach, ‘Bitcoin Is For Speculators And Is A Buy At $25,000 Or Below’ 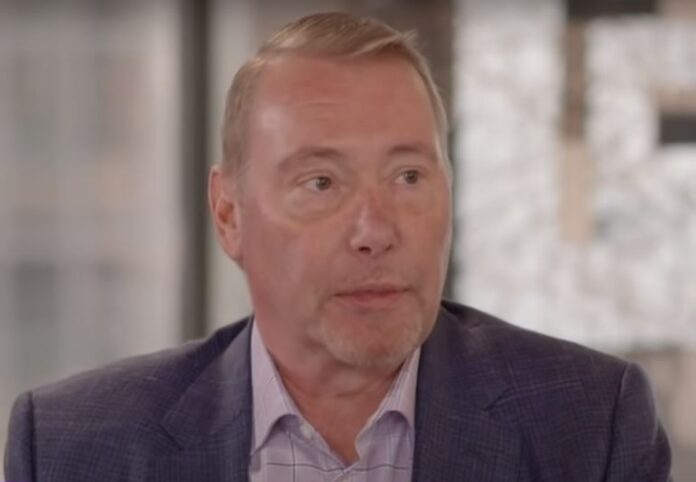 The CEO of Doubleline Capital and billionaire Jeffrey Gundlach believes that it is impractical to buy bitcoin at the current price with the threat of an impending recession.

Jeffrey Gundlach, also known as the “King of Bond,” told Business Insider that Bitcoin is a speculation tool. Referring to recent changes in the price of the first cryptocurrency, he expressed his opinion on investing in digital assets.

“Bitcoin is for speculators at the present moment. I would advise against buying it. It will be volatile as people get out. Maybe you should buy it at $25,000.”

Gundlach stated that he has never invested in digital currency because it is contrary to his nature:

He also warned that a global economic recession could be expected this year or next. Gundlach stressed that the likelihood of a recession in the second half of 2022 is non-zero probability. If the US Federal Reserve raises interest rates and cuts its bonds, it could affect asset prices and lead the economy into a recession.

“The bond market is already suggesting an economic slowdown. The economy keeps buckling at lower and lower interest rates, so I think the Fed only has to raise rates four times, and you’re going to start seeing a plethora of recessionary signals.”

According to Huobi Research last year, a change in the US Federal Reserve policy could negatively affect the cryptocurrency market. The US Federal Reserve lately indicated that an interest rate hike could occur in March rather than the usual time frame, which caused the recent market fall.