Home Crypto News Market How Shibarium Proves To Be Backbone Of Shiba Inu Ecosystem In The... 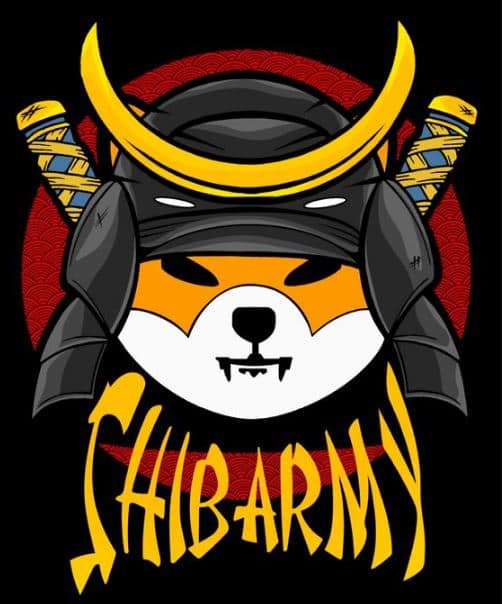 Let us see the Importance of Shibarium to Shiba Inu Ecosystem.

Although SHIB launched in August 2020 to overthrow Dogecoin as the favorite dog-themed cryptocurrency, which earned it the title Dogecoin Killer, the team has established a better roadmap bolstering its token utility.

Shiba Inu (SHIB) has proven in recent times that it is not a meme coin as many crypto enthusiasts have described it.

The project has set its sights on decentralized finance (DeFi) and non-fungible token (NFT) niches as the best ways to increase the utility of the token.

The official release of ShibaSwap, Shiba Inu decentralized exchange, last year gave rise to a number of use cases for the dog-themed project.

Cryptocurrency enthusiasts are not only allowed to swap their primary tokens, LEASH, BONE, and SHIB for one another, the Shiba Inu community can also gain access to a non-fungible token marketplace.

Through the Shiba Inu NFT marketplace, traders are allowed to trade the project’s unique digital collectibles known as SHIBOSHIs.

Like other non-fungible token developers, the Shiba Inu team has developed its own unique set of digital collectibles on the Ethereum blockchain.

SHIBOSHIs are a collection of 10,000 unique NFTs that was released on October 14, 2021. Upon the release of the NFTs, the Shiba Inu community flooded ShibaSwap to own a piece of the non-fungible token, which caused a hike in the prices of Ethereum gas fees.

With the SHIB community clamoring to own the collection, the entire 10,000 SHIBOSHIs sold out in 34 minutes, making it one of the fastest NFT sales in history.

Not relenting on the progress made so far, Shiba Inu sought an initiative that will see it bring the SHIBOSHIs to life by announcing that the digital collectibles will be used in its metaverse dubbed Shiberse and its upcoming play-to-earn (P2E) game.

The expansion of the SHIB ecosystem to include Shiba Inu game as well as Shiberse will be heavily reliant on Shibarium, a layer-2 chain.

In what came as a shock to many, the primary token that Shibarium will use is $BONE, Shiba Inu announced in a tweet in December 2021. Shiba Inu opted for BONE instead of SHIB and LEASH because both already have major use cases in ShibaSwap.

The Shibarium was proposed by Ryoshi, the pseudonymous creator of the SHIB, which upon its launch will see the Shiba Inu cryptocurrency migrate to the network. Shibarium will launch on the Ethereum network and will be the key to everything the Shiba Inu team plans to build in the future, including its game and metaverse.

According to Ryoshi, the major reason subsequent upgrades will be launched on Shibarium is to shield the SHIB community from some of the problems inherent in Ethereum, a reduction in gas fees and to boost transaction speed.

“Shibarium will offer low fees for every service, game or whatever that builds on it.”

At the time of writing, Shibarium is still under development, as the Shiba Inu team wants to ensure that the network will not suffer any technical glitch once it goes live.

While there is no specific date on when Shibarium will launch, the team revealed that the network will launch this year.

It refused to give any specific date because, according to the team, it did not want to disappoint people by failing to deliver on the announced date.

The SHIB team further disclosed that Shibarium will undergo rigorous testing before it is finally launched.

As stated, both the Shiba Inu game and Shiberse will be built on Shibarium. Despite Shibarium not having an official release date, the Shiba Inu team has already started work for its game and metaverse project.

In a press release published in December 2021, the Shiba team stated that its upcoming game will be developed by Australian-based gaming company PlaySide Studios.

Activision veteran William Volk will also participate in the development of the Shiba Inu game.

The game is slated to be launched in Q1 2023, and it will be an exciting multiplayer card collecting game that will see players battle with cards.

The Shiba Inu metaverse project, Shiberse, will also be developed on Shibarium. According to Shiba Inu, the rationale behind the development of the Shiberse project is as a result of the growing interest in the metaverse.

At the moment, Shiberse is still in early development. However, the SHIB team unveiled its virtual lands, a queue system that will see LEASH holders be the first to gain access.

The upcoming important upgrades of Shiba Inu, including the game, metaverse, and token, are tied around the Shibarium, which is still under development.

Once the layer-2 network launches, it will reduce gas fees to almost zero, fasten transactions, etc.