Home Guides Shiboshi: Everything You Need to Know About Shiba Inu Non-Fungible Token

Shiboshi: Everything You Need to Know About Shiba Inu Non-Fungible Token 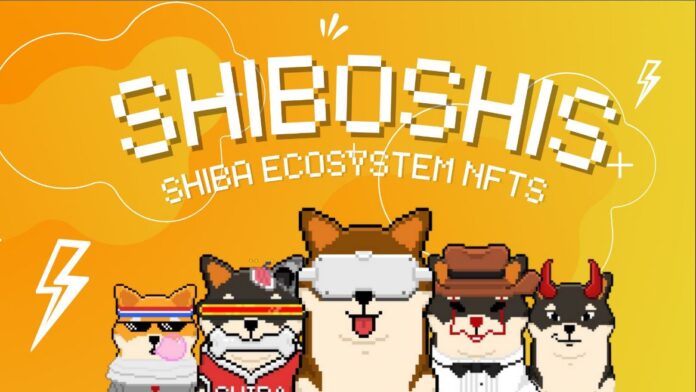 Shiba Inu has always been poised on creating utility for its project instead of settling for the meme coin title.

Part of the way Shiba Inu plans on creating utility for the SHIBArmy, supporters of Shiba Inu, is by entering into Web3 and the metaverse using Shiboshis.

Despite the release of Shiboshis, not too many articles have provided comprehensive details about the latest initiative from Shiba Inu that is set to revolutionize SHIB from a mere memecoin into a utility token.

According to a recent Shiba Inu podcast organized by the growth team, Gossip Shib,  important information about Shiboshi was disclosed to the SHIB community by Shytoshi Kusama, Shiba Inu main developer and MilkShake, a major promoter of the cryptocurrency.

The podcast initially saw the participation of 1,100 people; however, following the recording posted on Twitter, the podcast had since reached over 20,000 people.

In this article, we will cover everything you need to know about Shiboshi, including how other Shiba Inu initiatives like games, metaverse, are built around the non-fungible token.

Shiboshis is a collection of 10,000 unique non-fungible tokens (NFTs) built on the Ethereum blockchain. The Shiboshis are different from one another, especially in terms of accessories, capabilities, headwear, clothes, etc.

According to the Shiba Inu team, each Shiboshi has traits that correspond to an upcoming game and the NFTs will be brought to life via gameplay.

The NFTs were officially released to investors on October 14, 2021 at varying prices.

Aside from Shiboshi’s use in gameplay, the NFTs will be a major part of the Shiba Inu ecosystem’s growth into new sectors, especially Web3 and the metaverse.

Shiba Inu’s expansion into web3 and metaverse signifies that the future is bright for the dog-themed cryptocurrency as it continues to grow in value and adoption.

With the launch of Shiboshis on the Ethereum blockchain, the price of gas fees at the time skyrocketed massively. Interestingly, the collection sold out in 34 minutes, thus making Shiboshis rank among the fastest NFT sales since the inception of non-fungible tokens.

The 10,000 Shiboshis were initially launched on the Ethereum blockchain. However, following the increase in gas fees, the Shiba team is considering migrating the NFTs to its own network, Shibarium, a layer-2 chain.

The network is still under development. However, when Shibarium eventually launches, the Shiba Inu team will move all its other projects, including SHIB, game, etc to the platform.

On October 14, 2021, Shiboshis were offered to the Shiba Inu community for members to own a piece of the digital collectible. The 10,000 unique NFTs were sold at varying prices and were sold in batches.

During the initial release of Shiboshi, each wallet was restricted to only buying 10 units of the NFT, in  a bid to get more people into buying the asset class.

Users were allowed access to the digital collectibles on the Shiba Inu decentralized exchange ShibaSwap. Shiboshis has since been made available on other NFT marketplaces, including OpenSea.

Since the NFT launched, over 3,400 ETH worth around $10.7 million at press time have been traded across various marketplaces.

It is worth noting that the price of some Shiboshis have surged as high as 50 ETH.

Aside from the trading and minting of Shiboshi, Shiba Inu wants the NFT to be adopted in other use cases, with major focus on the upcoming SHIB game and the Shiberse metaverse.

According to Shytoshi Kusama, Shiba Inu lead project developer, buyers of Shiboshi will be allowed to name the NFT as they wish and this exercise requires the payment of an additional sum of $100 worth of SHIB.

The paid fee, according to Kusama, will be used to buy the SHIB cryptocurrency, which will be sent to a burn address as part of efforts to reduce the total supply of the digital currency, which was initially capped at 1 quadrillion.

At the moment, nearly 259 billion SHIBs have been sent to an inferno wallet in a series of burning mechanisms for the tokken.

The Shiba Inu team wants the Shiboshi to be more than an NFT as it plans to bring each character to life through the upcoming Shiba Inu game.

Kusama noted that Shiboshi holders will be allowed to use their NFTs in strategic gameplay. Some Shiboshi NFTs may have corresponding gameplay elements. For instance, laser eyes Shiboshis may come in handy when a player wants to attack from a long distance.

Furthermore, each character for the Shiboshi game will have multiple properties to enable you to use them for different purposes during gameplay.

The Shiboshi game is currently under development by PlaySide Studios in collaboration with Activision veteran William Volk, and the game is expected to launch in the first quarter of 2023.

Using Shiboshi to play the game will also enable players to earn special rewards that can be used to upgrade each character’s weapons.

According to Kusama, the Shiboshi upcoming game is not just any card game, but a multiplayer card game that will see players collect and battle with cards.

Kusama noted on Discord that the Shiba Inu game will be similar to Hearthstone.

Shiba Inu recently announced its metaverse project that will see the dog-themed cryptocurrency enter into the world of virtual reality.

While it is not clear how Shiboshi will come into play, it is expected that some segments of the metaverse will be exclusive to only owners of the NFTs.

The Shiboshi club was created as an avenue to give holders of the NFT a hangout spot as well as exclusive access to different perks that will be released specifically for the asset.

However, access to the club is restricted to only holders of Shiboshi.

Shiboshi is an integral part of Shiba Inu’s plan to take the project into new realms like Metaverse and Web3. Shiba Inu has already started development of some of these initiatives, including the Shiboshi game.

With  massive supporters behind the Shiba Inu project, it is only a matter of time before Shiboshi becomes an NFT with significant value.