SEC v. Ripple: SEC Moves to Make Corrections to a Typographical Error in One of Its Submitted Documents 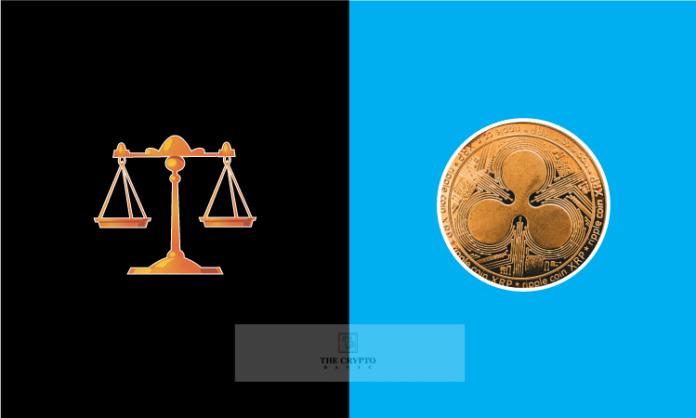 The Securities and Exchange Commission (SEC) has requested permission to correct a typographical error in the handwritten notes of meeting minutes between its staff, Valerie Szczepanik, and Coin Center, a cryptocurrency research center.

In a motion filed yesterday, the SEC noted that it wants to amend the date the meeting took place.

#XRPCommunity #SECGov v #Ripple #XRP The SEC has filed an Amended Declaration from Valerie Szczepanik regarding a meeting she attended with Coin Center. The original declaration said the meeting was on June 20, 2018 and the amended declaration corrects the date to June 20, 2017. pic.twitter.com/kPP9bHWlY1

“The declaration describes Ms. Szczepanik’s notes of a meeting with Coin Center, a purported nonprofit research and advocacy center focused on cryptocurrencies, on June 20, 2018. The notices are dated June 20, 2017, and the meeting occurred on this date,” excerpts from the SEC’s request read.

It is worth noting that the SEC’s amended declaration came after Judge Sarah Netburn ordered the agency to submit the proposed redactions by April 8, 2022, for the Judge to have an in-camera review of the documents.

Recall that the SEC on March 23, 2022, requested that it redact certain portions of handwritten notes between its staff and third parties because most of the opinions contained in the documents are personal and not public guidance.

The SEC wants to redact some of the meeting minutes, including some of the agency’s staff like Valerie Szczepanik, Michael Seaman, and Jonathan Ingram.

While the move was considered one of the plots by the agency to cause further delay in the lawsuit, Ripple was not prepared to take any chances, as it requested that the SEC forward the notes involved in the proposed redaction.

However, the SEC did not state the exact portion of the redaction, making it difficult for Ripple.

After almost running out of deadlines to file a response, Ripple stated in the late hours of April 4, 2022, that it would not challenge the SEC’s proposed redaction request at the moment since it does not have substantial knowledge of the matter.

The blockchain company stated that the court is better positioned to decide whether the SEC’s proposed redactions should be protected by the Deliberative Privilege Process (DPP).