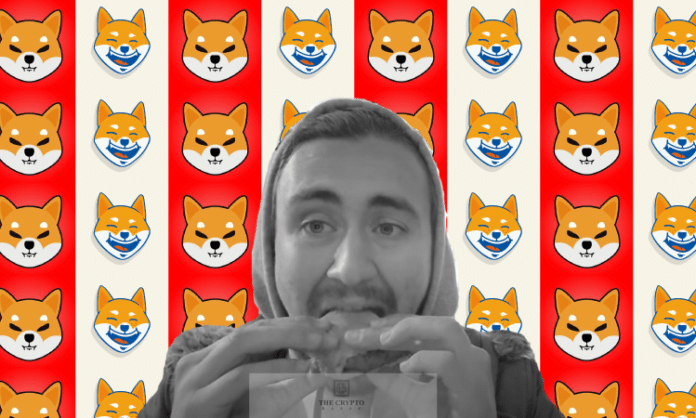 The Shiba Inu (SHIB) community has been excited about the adoption of the dog-themed cryptocurrency by Naples-based restaurant Welly.


It is worth noting that the Naples-based sandwich restaurant did not just add SHIB as a payment method, Welly also rebranded its entire business to reflect Shiba Inu.

Almost everything about Welly now reflects Shiba Inu and the restaurant has earned quite a reputation among SHIBArmy, enthusiasts of SHIB.

While some members of the Shiba Inu community have taken time out of their busy schedules to see how things are functioning over there, other supporters of SHIB have only hoped for the opportunity to try the branded SHIB sandwich.

SHIB Enthusiast Captures His Experience at Welly on Camera

SHIB Alexander, a Shiba Inu popular on the popular microblogging platform Twitter, is one of those who decided to travel a long distances to Naples, Italy, in a bid to see how Welly operates.

In a YouTube video published in February, SHIB Alexander highlights everything members of the Shiba Inu community who are yet to visit the popular Naples-based sandwich restaurant should know.

SHIB Alexander was in the company of his brother and another Shiba Inu influencer when he visited Welly.

He visited Naples during the early hours of the day and took out time to make a tour around the city, which has some lovely hangout spots, including a seaport, which is a few meters away from Welly.

With the seaport strategically located close to Welly, SHIB enthusiasts can conveniently hangout at the spot after purchasing their sandwich from the restaurant, to enjoy the cool breeze of nature.

SHIB Alexander and his crew arrived at the restaurant before it opened for business for the day and had to wait until the evening hours.

From their position at the sea port, one could clearly see the SHIB dog mascot boldly placed as the restaurant’s logo and strategically positioned at the entrance.

As they approached the restaurant, the LED light on the logo made the SHIB mascot visible for everyone, including passers by. The front doors also featured the Shiba Inu logo on one end and a sandwich on the other.

The Shiba Inu logo is also littered everywhere inside the restaurant, which makes it almost impossible for anyone not to notice them.

Interestingly, the restaurant’s slogan, which reads “I AM RYOSHI, WE EAT WELLY” is also clearly written on the wall inside the restaurant, helping Shiba Inu enthusiasts to have a sense of belonging when they enter Welly.

Aside from sandwiches, Welly also offers other snacks like chips and burgers, among others, and customers can choose to buy soft drinks like Coca-Cola from the restaurant.

It is obvious that Welly has become the native restaurant of Shiba Inu and more SHIB enthusiasts will want to visit Naples to see things for themselves.

So far, Welly has become increasingly popular in Naples, with its management hoping to expand its operations to other parts of the world by 2023.

Following the popularity of Welly, several entities, including SHIB enthusiasts, have filed for a franchise to launch a Welly’s restaurant in their cities.

According to Shiba Inu lead developer Shytoshi Kusama, the restaurant said it has received over 300 franchise applications.

The restaurant added that it is still reviewing these applications to ensure that it selects the perfect candidates that will aid its expansion goals.