Home Crypto News Market Bill Gates Says He has Not Invested In Crypto Because It is... 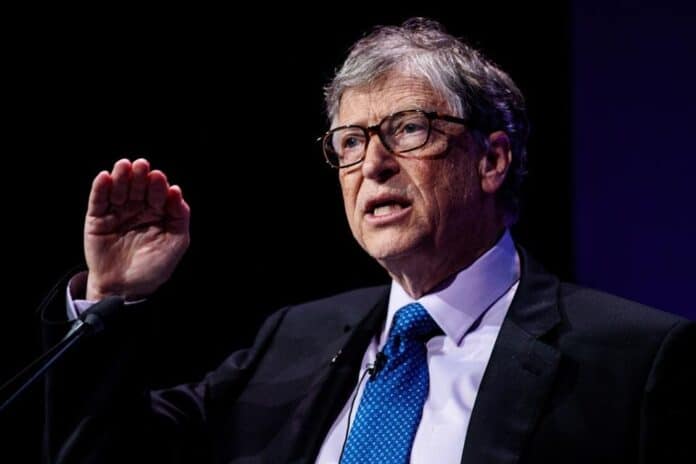 The former world’s richest person does not have any love for crypto.

Bill Gates, the co-founder of popular tech company Microsoft disclosed that he does not own any cryptocurrency because he does not consider the asset class as valuable investments.

The world’s fourth richest man made the revelation during an Ask Me Anything (AMA) exchange on social media platform Reddit, as reported by Forbes.

Gates noted that he likes investing in things that have valuable output like companies’ shares, where the types of products launched by these firms will determine their worth.

However, he does not think the same for cryptocurrency investments because, according to the Microsoft exec, the asset class does not add value to society.

“The value of crypto is just what some other person decides someone else will pay for it, and it is not adding to society like other investments,” Gates said.

Gates Is Not a Crypto Fan

The Microsoft boss has never been a fan of cryptocurrencies, especially Bitcoin. In February, Gates expressed concern about the rapid adoption of the asset class, which has continued to cause huge losses for retail investors.

Gates probably has a point as the past few weeks have been traumatizing for cryptocurrency investors, who have incurred major losses as a result of UST and LUNA dips.

TerraForm Labs tokens, including UST and LUNA, dipped beyond measure, and subsequently dragged the entire cryptocurrency market with it.

While Bitcoin is down 30.3% in the last 30 days, Ethereum has shredded over 37% of its gains in the same period.

Although cryptocurrencies are considered a hedge against rising inflation, investors are advised to tread carefully, as things may turn sour in the market within a millisecond.

Gates also called on investors to tread with caution in an interview in February, saying:

“If you have less money than Elon, you should probably watch out.”

The Microsoft boss is not the only traditional financial investor who has declined to venture into cryptocurrency investments.