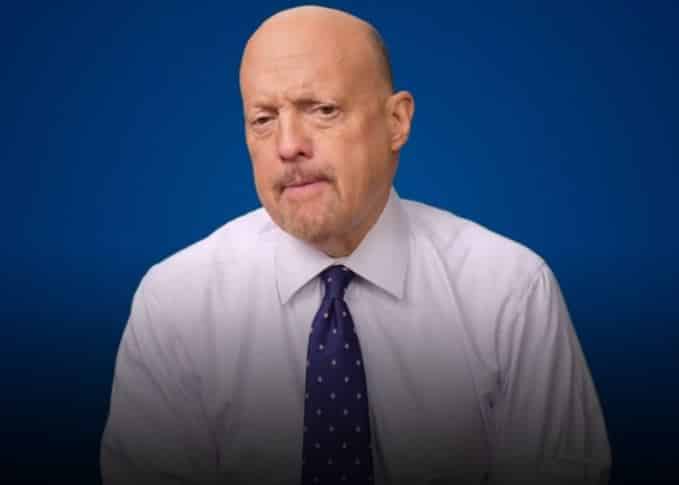 The CNBC personality noted during an analysis that BTC could soar in the next few months.

Jim Cramer, a CNBC personality, has made favorable predictions about Bitcoin (BTC), saying the top asset class will surge in value in the next few months.

Cramer made the positive comments by analyzing a chart shared by Tom DeMark, in which he suggests Bitcoin will have a relief in the coming months and will soar above the levels it is currently trading.

Despite the fact that Cramer does not see Bitcoin reaching its previous highs of above $69,000 in the coming years, he is confident that a “nice relief” is coming for BTC investors in the coming months.

“I can’t countenance buying crypto here, but if you still own some and you want out, I’m betting that from this, if you’re another dip down, you might get a better price to get out,” Cramer said.

The host of CNBC’s Mad Money noted that DeMark, the founder and CEO of DeMARK Analytics, has over the years developed a 13-step buy-and-sell countdown that enables him to identify the top and bottom of the largest cryptocurrency.

Cramer, while providing a breakdown of DeMark’s recent chart, examined the performance of Bitcoin from April 2022 to date.

The CNBC host said a number of DeMark’s chart patterns move in similar directions before the buys and sells ultimately exhaust each other.

Further analyzing the chart, Cramer spotted an important aspect in the chart, which showed that Bitcoin never plunged 50% from 2020 until the past weeks due to the collapse of the Terra ecosystem tokens and rising inflation.

“When you get a decline this ugly … it often does structural damage to the asset in question. If you’re thinking long-term,… it could take many years for bitcoin to come near its old highs, maybe even decades. It’s possible we’ll never see them again,” Cramer concluded.

Cramer has always been a Bitcoin enthusiast and has urged people to invest in the asset class. Last year, the CNBC host advised an American who won a $731 million lottery to invest in BTC.

Bitcoin has recorded one of its major dips since the inception of the asset class. The cryptocurrency which started the year above $46,000 has fallen to $20,000.

While a number of factors are responsible for BTC’s massive dip, investors are hoping for the asset class to rally back to its previous all-time high (ATH) of $69,047, a prospect that Cramer does not think will happen in the near future.