Home Crypto News Market Cardano Gets On The Top Of Stakeable Assets List With More Than...
Crypto NewsMarket 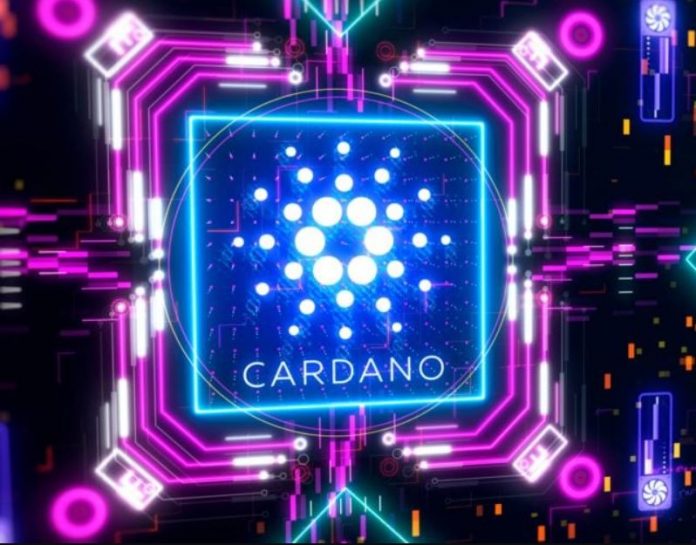 Cardano is leading the stake able digital assets with more than 70 percent of total cardano supply is now locked in ADA network for staking.

On the Staking Rewards website (www.stakingrewards.com), which provides information about stake able assets, Cardano is number one at the time of writing. Ethereum 2.0 is in second place, followed by Solana (SOL), Polkadot (DOT) and Algorithm (ALGO).

Such high anticipation is because Cardano plans to launch the “Alonzo” mainnet that introduces new features such as smart contracts as early as September this year. There are high expectations with this upgrades because of which 71% of the total ADA supply is in staking.

Alonzo testnet was launched on May 27th. The testnet will go through different phases, First Alonzo Blue, then Alonzo White (June-July), and Alonzo Purple (July-August). The mainnet is scheduled to launch as early as September 2021.

The most notable feature of this upgrade is the introduction of smart contract. Introduction of NFTs (Non-Fungible Token) and DeFi (Decentralized Finance) on Cardano, and the upgrade aims for a more scalable ecosystem.

According to “Pooltool.io” staking statistics, the amount staked in Cardano is worth about $31 billion. Total active addresses are 671,254, active pools are 2669 and 71% is of total Cardano supply is in staking. 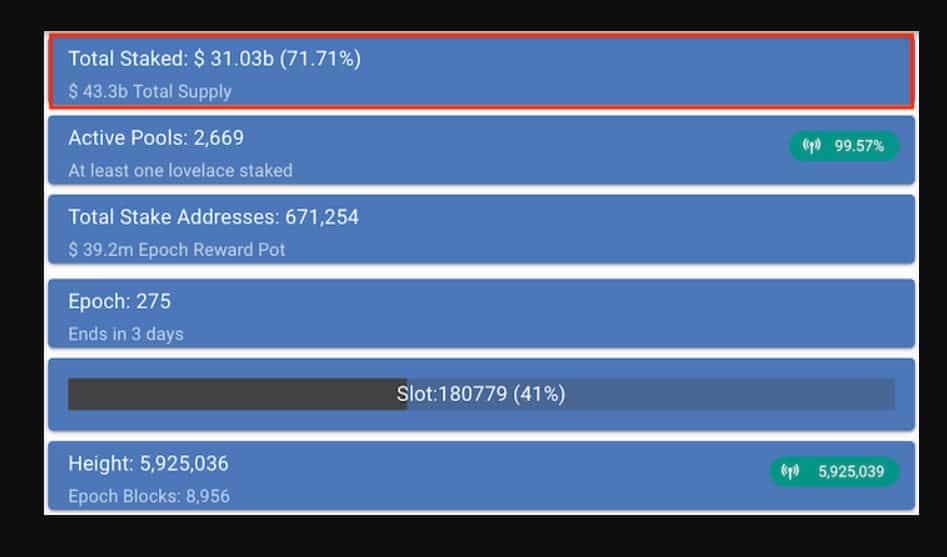