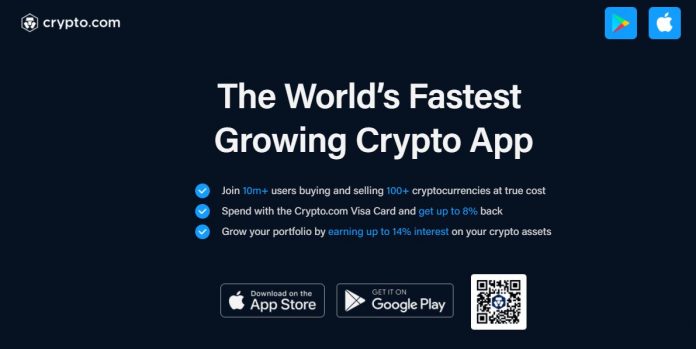 The exchange has reached an agreement to rename the Staples Center to Crypto.com Arena for the next 20 years.

Staples Center is the Los Angeles home to the NBA’s Lakers and Clippers, WNBA’s Sparks, and NHL’s Kings.

The term of the agreement is 20 years. Its owner and operator, Anschutz Entertainment Group will receive $700 million, as a result of the deal.

We're extremely proud to announce that Staples Center, Los Angeles' most iconic arena is getting a new name:

As part of this 20 year partnership, we're also excited to welcome the @Lakers & @LAKings as our newest partners! pic.twitter.com/KCfYKySDRt

The new arena logo will appear on December 25 during the Lakers vs. Brooklyn Nets match. All logos of the current Staples Center will be replaced by June 2022, ahead of the start of the next season.

Staples Center is also used for cultural events with a seating capacity of 200,000, the venue hosts award ceremonies such as the Grammy, as well as concerts, boxing matches, and NBA All-Star games. According to Bloomberg, the arena receives about 4 million visitors a year at more than 240 events.

As a reminder, in June 2021 Crypto.com signed sponsorship agreements with Formula 1 and Aston Martin Cognizant. The platform also has advertisement rights with the UFC, Serie A, Paris Saint-Germain, Philadelphia 76ers, and Montreal Canadiens.

In March, the FTX exchange acquired the naming rights of the NBA’s Miami Heat arena.