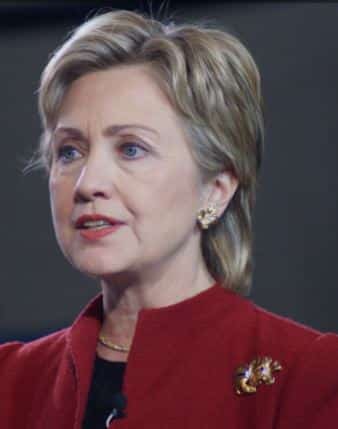 Former US Secretary of State and Democratic presidential candidate Hillary Clinton said digital assets could devastate many country economies and undermine the role of the dollar as a reserve currency.

Clinton expressed his concerns during her virtual appearance at the Bloomberg New Economy Forum in Singapore. According to her, governments today face many challenges one of which is cryptocurrencies. She also admits that new industry methods like mining look interesting.

“One more area that I hope nation-states start paying greater attention to is the rise of cryptocurrency — because what looks like a very interesting and exotic effort to literally mine new coins in order to trade with them has the potential for undermining currencies, for undermining the role of the dollars as reserve currencies, for destabilizing nations.”

Clinton believes that digital assets can undermine the US dollar’s role as a reserve currency and wreak smaller economies. As crypto develops further, it can pose a grave threat to large and developed countries. Therefore, she urged governments to pay more attention in regulating the cryptocurrency industry.

This is the first time that the previous US first lady has given a clear critique of cryptocurrencies.

Former US President Donald Trump has the same opinion about crypto assets. He believes that cryptocurrencies can undermine the independence of the dollar and bring the country’s financial system to stagnation.

However, not all American politicians are opposed to cryptocurrencies. For example, US Senator Cynthia Lummis believes that Bitcoin is great for retirement and long-term savings, similarly, new elected New York mayor is a big fan of bitcoin and Miami Mayor is the first Mayor that city has launched his own coin (Miami Coin) under his supervision.