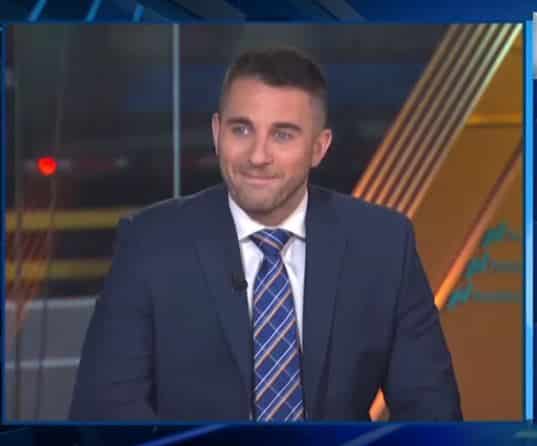 Pompliano talked about Bitcoin price volatility and its energy costs.

Regarding energy consumption, Pompliano makes a comparison of BTC with the dollar ecosystem, where according to him dollar needs to spend more energy to support more customers. In Bitcoin, BTC energy consumption remains the same, and the ratio will become more efficient as BTC gains more adoption.

Regarding volatility, he says it is necessary to forget about Bitcoin price in dollars and start pricing goods and services directly in BTC. In this way, Bitcoin doesn’t seem as volatile as when compared with the dollar and other currencies.

In a conversation with Joe Kernen of CNBC, Pompliano defended the use of Bitcoin energy, saying such usage is normal and present in other important sectors of our lives. He also compared Bitcoin’s energy expenditures against dollar expenditures.

“I think the energy argument is interesting, there are two key points that people miss in this argument. The first is that there is a linear relationship between energy consumption and the dollar system, to support more users and more transactions, we need to consume more energy, more data centers, more bank branches, more ATMs, etc.

Bitcoin blockchain does not have this same linear relationship with energy consumption, that is because regardless of the number of transactions per block, there is the same energy consumed by each block. As Bitcoin scales, it will become more efficient because you will be able to add more economic value to each of these blocks.

The second thing is that we shouldn’t apologize for using energy, crucial things in the world use energy.”

"As it scales, #bitcoin because more and more efficient because you can pack more economic value into each one of those blocks. In the legacy system as you scale you need to consume more energy … we shouldn't apologize for the use of energy," @APompliano on #btc energy use. pic.twitter.com/gFSMFz3ApU

That’s an interesting point Pompliano made because when the adoption of BTC will grow, each block will carry more transactions, fulfilling many consumer demands (Whether banks, international transactions, worldwide customers) using the same energy as each block is consuming today.

Another issue that is talked about Bitcoin for years is its volatility. A topic that is considered by many to be the main villain of bitcoin in becoming a more used currency.

Pompliano also answered this question masterfully by asserting that fiat currencies, such as the dollar, also face this problem. However, as products are priced by the dollar, it appears less volatile.

“Volatility is not good or bad, volatility is only bad when the currency price falls, when it rises it is good. The fact is that Bitcoin, in dollar terms, has been very volatile. The point is that volatility is measured in dollars, and if you think about the dollar, it’s very volatile too, we don’t think about that, because goods and services are priced in dollars, 40% of all dollars in circulation were printed in the last 24 months, so the dollar is losing value at an incredible rate.

But 1 BTC is 1 BTC if you just buy things priced in Bitcoin as I price everything in BTC when I make a purchase, I know about how much BTC I’m spending”.

"The key piece is that the volatility is measured in dollars. If you think of the dollar itself, the dollar is hyper-volatile as well … 40% of all US dollars in circulation have been printed in the last 18-24 months." says @APompliano. "One #bitcoin still equals one bitcoin." pic.twitter.com/O5CwpEwGkB

Another point that we can focus on is the loss of purchasing power of fiat currencies. As governments print money at will, it is impossible for us to have any future other than the devaluation of all these currencies. Because of this, Bitcoin is becoming such attractive money for those who understand these economics.