Could Bitcoin Outperform the Stock Market in 2022? 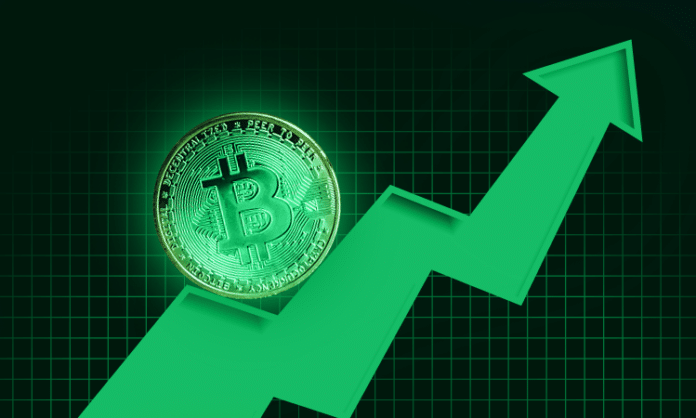 In theory, 2022 should be the year that we see Satoshi Nakamoto’s dream in action. The pseudonymous Bitcoin creator launched the coin in 2009, off the back of a deep stock market crash and the emergence of global recessions. Bitcoin’s decentralized structure was supposed to help it sidestep wider market volatility. However, events over recent years have shown that this is far from the case. As geopolitical tensions and rising inflation rates cause a cost of living squeeze, could Bitcoin finally demonstrate its worth as the world’s best safe haven asset?

Because Bitcoin is built on a distributed digital ledger, it has no central location, and thus, no nationality or governmental ties. This should mean that, as domestic currencies weaken in the face of record-breaking inflation rates, BTC should stand firm. 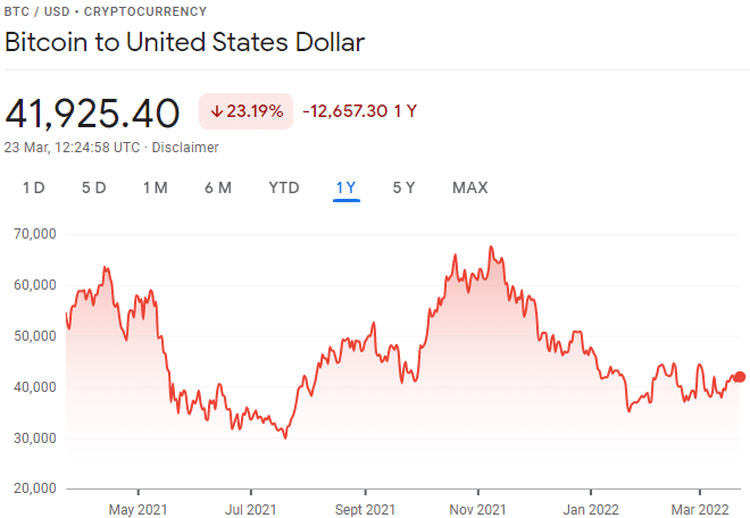 As we can see from the performance of BTC/USD over the past 12 months, there’s very little evidence on show that Bitcoin can hold its own as a safe haven asset like gold. Notably, Bitcoin embarked on a heavy fall of around 50% between the 8th of November and 22nd January as the impact of rising inflation was finally becoming realized by investors. 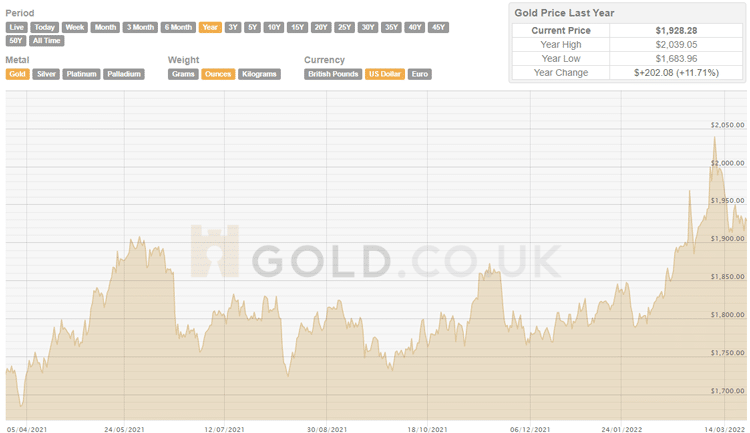 As we can see from the recent performance of gold, BTC’s credentials as a store of value at a time of crisis have been questionable.

In the wake of the news that geopolitical tensions were ramping up in Eastern Europe, we saw the value of gold increase at a rapid rate as investors looked to withdraw their portfolios in traditional markets and find solace in commodities.

Bitcoin, however, has shown little movement – although evidence of an upward trend has been emerging since the announcement of President Biden’s recent executive order on cryptocurrencies, which has been met with a positive reception among crypto investors.

The reason for Bitcoin’s recent shortcomings despite its reputation as ‘digital gold’ is simple. When faced with possible rising living costs, investors don’t trust BTC enough to hold. Rather than gold, Bitcoin’s price movements mimicked tech stocks in Q4 2021 and Q1 2022, which became the subject of mass sell-offs among retail investors who decided that they’d like to recapture liquidity as prices began to tumble.

As an asset that relies heavily on investor sentiment, this apparent lack of faith is a hammer blow for Bitcoin. Investors will undoubtedly look to Bitcoin’s heavy 50% crash in May 2021 – which for many new adopters would’ve been their first major crypto crash – as an indicator that the coin isn’t built for market uncertainty.

However, as an asset that’s designed to be decentralized, such volatility shouldn’t exist, and cryptocurrency enthusiasts will be quick to point out that with greater levels of adoption, these sentiment-driven price swings will become a thing of the past.

So, could the impact of 2022’s troubled markets actually provide the platform needed for Bitcoin to demonstrate its case as ‘digital gold’? Some analysts believe that this could be a pivotal year for the cryptocurrency:

Despite Bitcoin’s recent underperformance, Maxim Manturov, head of investment advice at Freedom Finance Europe, has maintained a positive outlook regarding the potential value of the asset in the future. This is primarily down to the coin’s prospects regarding its wider adoption.

“Cryptocurrency is currently one of the most attractive alternatives to investing in stocks, bonds and commodities. Cryptocurrencies are generally highly volatile, which means investors can generate high returns. Yet, with volatility come greater risks,” Manturov noted.

“You no longer need a crypto wallet in order to trade cryptocurrencies. In 2021, large funds have started rolling out ETFs with direct or indirect links to crypto assets. Some of the largest and most popular Crypto ETFs include ProShares Bitcoin Strategy ETF, Grayscale Bitcoin Trust (GBTC), Amplify Transformational Data Sharing ETF (BLOK) and Grayscale Ethereum Trust (ETHE).”

According to a recent Binance report led by chief commodity strategist, Mike McGlone, market trends across the stock market and the cryptocurrency landscape were compared to reveal two key trends that could see Bitcoin outperform the wider stock market in 2022.

The trends revolve around the fact that Bitcoin is already showing signs of outperformance in comparison to the Nasdaq 100, whilst relative volatility appears to have slowed down since BTC’s deep crashes of 2021.

By looking into Bitcoin’s 260-day volatility metric, Binance’s report found that BTC had around three times the volatility of the Nasdaq 100. Despite this, current volatility has slowed significantly since the early days of the cryptocurrency market, and even in acknowledging 2021’s major downturns, the market is showing signs that it’s improved since the infamous crypto bear market of 2018.

The report acknowledges that, should traditional stock markets enter a bear market, it could form the catalyst for investor money to be rerouted into cryptocurrency – causing a significant Bitcoin price rally.

Analysts and researchers like Matthew Hyland and Ian Ballina are already speculating that 2022 could be the year that sees BTC reach $100,000. Whilst 2021 was populated by false dawns, market conditions in 2022 could provide BTC with the opportunity to finally prove its worth as digital gold and outperform the market in a way that’s befitting of a truly decentralized digital currency.