Double Standard? Bitcoin Critics Are Not Condemning Russia’s Plans to Link the Ruble With Gold 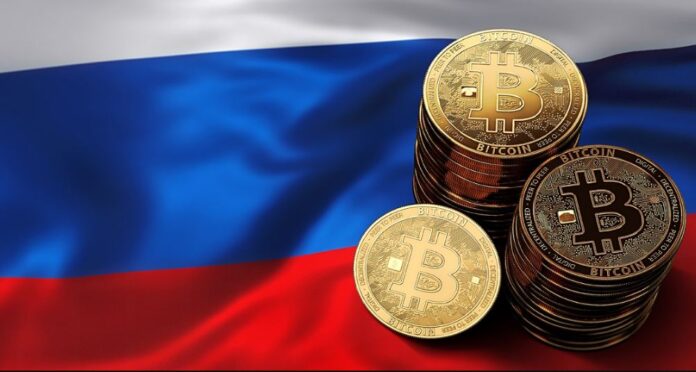 Russia is linking the ruble with gold, but nobody is saying anything negative about the move.

The crypto market has faced increased scrutiny from traditional financial experts, who have called on global regulators to impose stringent regulations on the sector to prevent Russia from evading sanctions using the nascent class.

However, none of these traditional financial players, who previously called for tighter regulatory measures for Bitcoin, have exhibited the same energy following reports of Russia linking the Ruble to popular yellow metal gold.

There has been a loud silence from these Bitcoin critics since Russia announced the initiative.

Russia’s apex bank reportedly disclosed that it would exchange the Ruble for gold and vice versa, a move that has stabilized the value of the ruble against the U.S. dollar above levels before the invasion of Ukraine commenced.

Apparently, gold proponents adopt double standards when making regulatory calls for Bitcoin. For most of these traditional players like Peter Schiff, Elizabeth Warren, and Hilary Clinton, cryptocurrencies are mostly used to facilitate illicit transactions like money laundering, terrorist financing, and illicit drug sales due to their pseudonymous nature.

They fail to understand that the cryptocurrency industry has grown beyond the level it was 12 years ago.

It has been largely proven that crypto transactions are not completely anonymous, as noted by Ripple’s founder Brad Garlinghouse.

Global authorities can acquire details of a crypto transaction as seen in previous cases like the BitMEX hack and the recovery of ransoms paid in Bitcoin.

Russia is fully aware of these flaws and it has resorted to using gold as a method to evade sanctions slammed on the country.

As reported, Pavel Zavalny, Russia’s head of Parliament disclosed last week that the country would stop accepting United States Dollars as payment for its natural gas.

Zavalny noted that Russia would accept payment for its natural gas in the Ruble, gold, and a list of other payment methods, with Bitcoin, added at the end of a long list of “friendly” currencies.

His statement confirmed that Russia favors gold over Bitcoin in its quest to evade sanctions, yet traditional financial experts have remained mute about it.

A Reddit user u/Set1Less commenting on the topic writes:

“Russia’s government has attempted to peg Ruble’s value to gold. It has not yet been announced that the Ruble is backed by gold, but the Russian central bank has said it will exchange the ruble with gold and vice versa for a fixed rate. This has resulted in the Ruble’s value stabilizing and is now above the levels before the start of its invasion.

Using Gold, they are sidestepping sanctions. Yet I cannot find any chatter of how gold is being used to sidestep sanctions, by the usual talking heads like Elizabeth Warren who tried to make a case that crypto could be used by Russia. She even brought out some Acts in Congress against this.. but Russia is actually using gold, and she is silent as a mouse on this issue. Does she love her gold jewelry so much that she cannot bear to see it being linked with the enemy using it for nefarious purposes?

They just want to make a worst-case scenario for everything related with crypto and are willing to disregard what is actually happening. Where is the “Protect Gold From Enemies” Act?

Russia has not used crypto whatsoever, yet hundreds of articles and forums were keenly discussing just the possibility. In many places, you couldn’t reason with the mob that Russia cant use crypto gave they cannot even access liquid exchanges that are all based out of the West. No one cared, everyone used it as an occasion to smear crypto.

Now that Russia’s government is using gold, all of these people are silent. It is fine to use gold, but if they use crypto then they will raise their voices? The levels of hypocrisy are off the charts.”