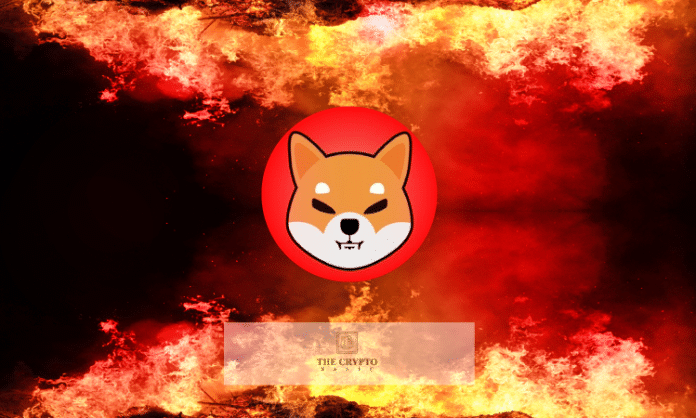 Over 344 million Shiba Inu (SHIB) tokens have been sent to dead wallets within the period of the last 24 hours. The burning rate surges 3423.04% compared to the previous day.

As per a recent tweet from the SHIB burn tracking website, Shibburn.com, community-led initiatives have been able to burn a total of 344,955,749 (344.95M) SHIB within the past 24 hours, through 24 separate transactions.

In the past 24 hours, there have been a total of 344,955,749 $SHIB tokens burned and 24 transactions. Visit https://t.co/t0eRMnyZel to view the overall total of #SHIB tokens burned, circulating supply, and more. #shibarmy 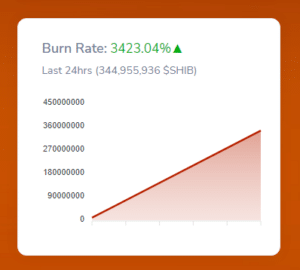 Top SHIB Burner of the Day:

The project has also shared the transaction link with its followers as proof of burn via tweet.

Thank you to the entire #SHIBARMY for making this possible!

To contribute to the next burn please visithttps://t.co/d0goxr6sys

Travis Johnson’s SHIB burn games include Brick Busters, Candy Trips, and Zombie Assassins. The project’s official website claims that Bricks Buster is currently their number one SHIB burner, and 100% of the revenue earned from the game goes towards burning SHIB. Brick Busters currently has over 10,000+ downloads, as per Google Play Store.

The project recently introduced a new mobile application, “Shib Sphere”, through which one will be able to connect all his/her social networks & entertainment in one place. Officially, 90% of revenue generated from this app will go towards burning SHIB, while the other 10% will be utilized for future improvements or updates of the app.

Reminder of our new app Shibsphere

An all in one social media organizer app