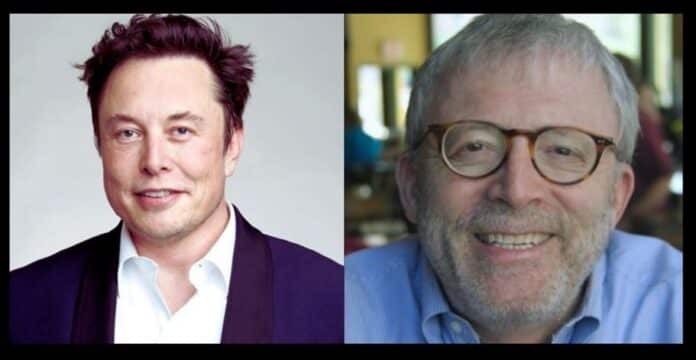 Musk’s Twitter acquisition will affect the rights of the New York Times and NBC.

While news of Twitter’s acceptance to sell itself to Tesla’s Elon Musk has brought enormous joy to the hearts of many cryptocurrency traders, not too many crypto enthusiasts seem to be happy with the development.

One person who has publicly slammed Twitter for accepting to sell the company to Musk is Peter Brandt, a veteran futures trader.

According to Brandt, the United States Congress needs to step up and halt Musk’s effort to completely acquire Twitter in order to protect media companies like the New York Times, NPR, and NBC.

“How dare Elon Musk thinks he can buy a media company??? Congress must act now to preserve the rights of the @nytimes, @NPR, and @NBCNews to tell people what they should think. The hissy-fit the Left is having over this is absolutely hilarious,” Brandt noted on Twitter.

How dare Elon Musk think he can buy a media company??? Congress must act now to preserve the right of the @nytimes, @NPR and @NBCNews to tell people what they should think

The hissy-fit the Left is having over this is absolutely hilarious. https://t.co/Z9VLo19rW5

Can the Deal be Stopped?

It is worth noting that while Twitter has agreed to sell Musk and the deal be finalized this year, the social media company highlighted that the deal’s completion will be subject to shareholders and regulatory approval.

Should the authorities perceive any threat to Musk’s Twitter acquisition, there is a likelihood that the deal may not be completed as expected.

Meanwhile, most members of the global cryptocurrency community, especially Dogecoin enthusiasts, will be hoping that the deal pulls through.

Musk, a known Dogecoin (DOGE) proponent, disclosed earlier that he will develop a social media platform that uses DOGE, which would further increase the utility of the memecoin.

The billionaire investor also noted that he will wage war on Twitter spambots and those behind this illicit technique, who have continued to make crypto-related scam posts to entice unsuspecting victims into investing their cryptocurrencies in malicious projects.

“Since elonmusk is actually buying Twitter the smart move is to sell TSLA. At some point, the Tesla bubble will pop, and Musk’s shares will be force-sold after the collapse to cover his margin debt. Given the size of his position the block will likely trade at a large discount.”