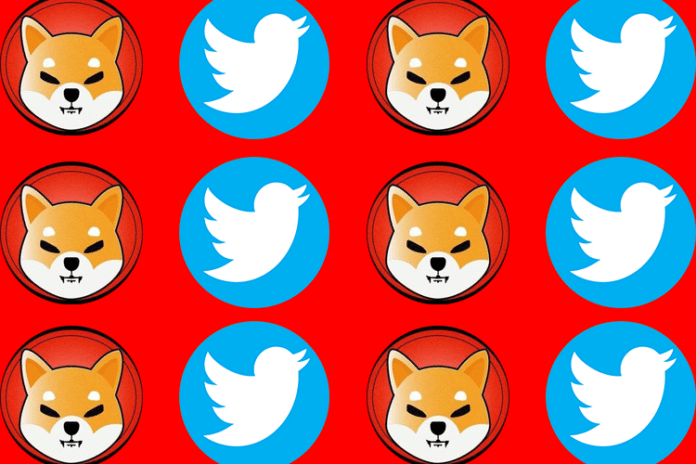 The Shiba Inu community on popular microblogging platform Twitter has continued to grow tremendously, suggesting that more people are being recruited to join the SHIBArmy on a daily basis.

The dog-themed cryptocurrency project recorded a new milestone on Twitter today after its number of Twitter followers surpassed 3.3 million users for the first time.

At the time of writing, the number of followers on Shiba Inu’s official Twitter account is currently at 3,312,884 (3.31 million).

Following the tremendous surge in the number of followers on the Shiba Inu Twitter account, the project is only a few thousand away from surpassing the record of its closest rival Dogecoin (DOGE), which currently has 3,343,305 (3.34 million) followers.

It is worth noting that while the Shiba Inu official Twitter account was created in February 2021, the Dogecoin’s account on the microblogging platform was established in December 2013.

The massive growth of Shiba Inu’s Twitter followers explains why the cryptocurrency has a good social media presence that has seen it become the most talked about digital currency on the microblogging platform on numerous occasions, especially when new projects are launched.

Unlike most crypto projects, it is always easy for the SHIB community to get the cryptocurrency among the top ten trending topics on Twitter at any point of the day.

Meanwhile, aside from the tremendous growth of Shiba Inu followers, the team behind the project has not ceased to look for ways to lure more people to adopt the cryptocurrency.

As reported, Shiba Inu developers led by the pseudonymous Shytoshi Kusama, have so far launched non-fungible tokens (NFTs), virtual land in its metaverse, burn portal etc, for the project.