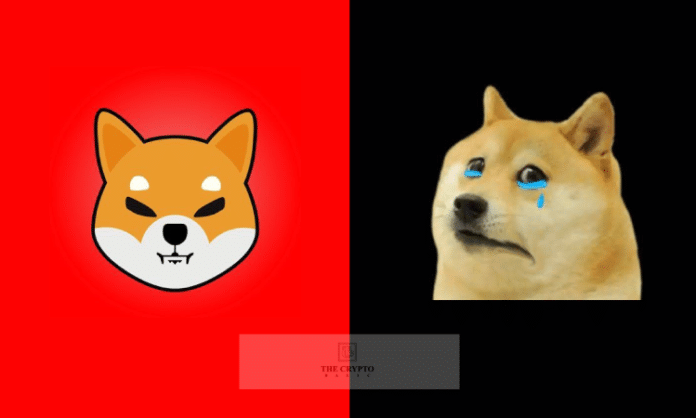 Shiba Inu Community just smashed Dogecoin Community in one of the polls conducted by CoinGecko.

CoinGecko, one of the reliable crypto data tracking websites held a poll on their official Twitter page, asking the users which is a better project. The poll included two of the most popular canine-themed tokens Shiba Inu (SHIB), and Dogecoin (DOGE).

Dogecoin and Shiba Inu, you've probably heard of them.

These memecoins have built massive interest and formed communities around the projects. But which is the better project? @dogecoin @ShibainuCoin 🐕🐕

Shiba Inu took a lion’s share of the votes with 84.8% preference. The total number of votes upon the conclusion were 8,891. Doge took only 15.2% of the votes.

The mainstream adoption of Shiba Inu is on the rise. Many corporations and firms have recently accepted SHIB as a form of payment.

The Cardinale Automotive Group, MotoRenn, Tag Heuer, and Gafisa, are some of the companies that have recently begun to accept SHIB as a form of payment.

Besides this, a new cross-distribution partnership between Lavu, major global restaurant software and payments solution provider, and Verifone, a global FinTech leader, and payment solution provider also made it possible to accept Shiba Inu as a payment in thousands of restaurants in 65 countries.

Today Shiba Inu Adds an Immersive Media Veteran With 20 Years of Experience to Its Metaverse Team.

Other than that Shib metaverse, NFTs, ShibaSwap, and Shibarium all show team commitment in making shib compete with the world’s top coins.

Moreover, SHIB has been following up on its burn sessions as well. With each passing day, the burning of the Shiba Inu token has accelerated. Recently, 603,240,815 (603.24M) Shiba Inu tokens were burned by the community through 69 separate transactions in the past 24 hours. Despite all the above developments, the price of Shiba Inu continued to fall. SHIB is yet to see the results of its collaborations, and adoptions reflect in its price, which has not seen its better side as of yet.

On the other hand, Dogecoin and its team are doing nothing rather than enjoying Elon Musk’s support.