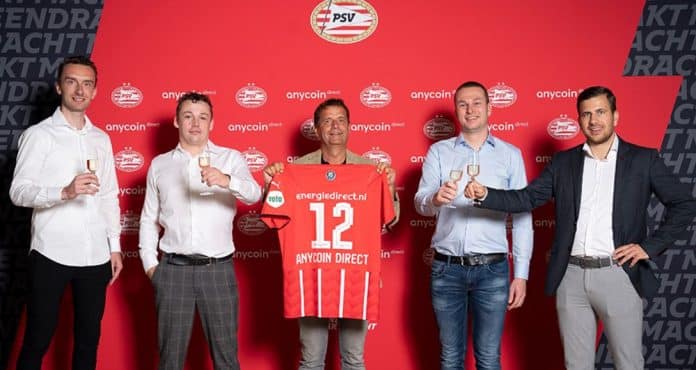 After signing a unique partnership with Anycoin Direct, the Dutch football club PSV Eindhoven has becomes the first European Football club to have its entire sponsorship paid in Bitcoin.

PSV announced this partnership in their official blog.

This partnership will last for two seasons and is first of its kind to promote crypto in Europe.

PSV will be receiving 400,000 euros per season as a result of this partnership.

“The possibilities and the future that the world of cryptocurrency offers is very promising. As a club in the heart of the Brainport region, we are always innovating, cryptocurrency fits well into this picture.”

“We are very excited to be working with PSV. The payment in Bitcoin marks the next step for the adoption of cryptocurrency in the EU.”

PSV made their first entry in crypto world in April 2021, when they sold their 1988 European Cup Final victory as NFT.

- Advertisement -
Facebook
Twitter
Pinterest
WhatsApp
Linkedin
ReddIt
Email
Print
Tumblr
Telegram
Mix
VK
Digg
LINE
Viber
Naver
Previous articleGalaxy Digital Has Filed For A Bitcoin ETF That Focuses On Futures Only
Next articleDogecoin Has A New Foundation Behind It With Vitalik Buterin As Board Advisor Along With Elon Musk Representative, Jared Birchall