Michael Saylor: “Bitcoin Will Surpass Gold, Will Emerge Into A $100T Asset Class And 100x Of Where It Is Right Now” 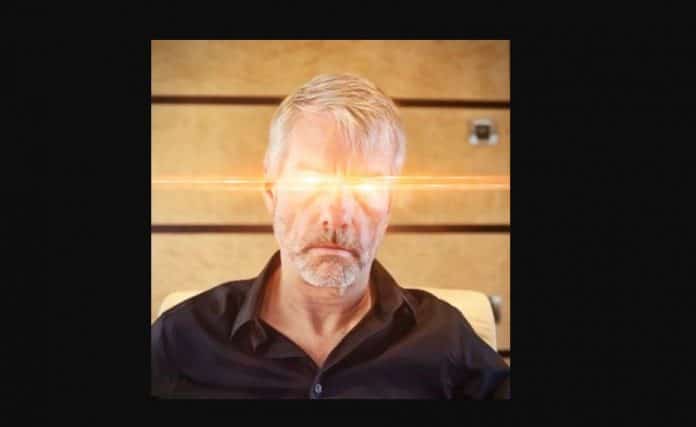 The billionaire and Microstrategy CEO, Michael Saylor holds 17,732 BTC worth almost $1.1B in his personal portfolio while MicroStrategy holds 114,042 BTC on its balance sheet.

Michael Saylor, co-founder, and CEO of MicroStrategy spoke with Joe Kernen on the CNBC Squawk Box show and revealed his Bitcoin predictions for the coming years. According to Saylor, bitcoin will pass gold by the end of the decade.

The billionaire also stated that it is impossible for governments to obstruct Bitcoin as it is unstoppable as a digital property explaining the different approaches countries can take towards BTC.

Today Saylor is one of the biggest BTC holders, accumulating around $1.1 billion in assets. When asked if bitcoin would reach the value of 1 million dollars per unit, Saylor was positive.

“I expect bitcoin, if it doubles [in price] every year, by the end of the decade it will pass the gold”

Bitcoin currently has a market capitalization of USD 1.1 trillion and gold is USD 12 trillion. For Bitcoin to pass the gold market cap, the price of each coin needs to reach $630,000 which is an increase of 11 times.

Saylor continued that bitcoin also has the potential to become an asset of $100 trillion in total. If this happens BTC will be contributing 5 to 7% of the world economy.

The billionaire also believes that few fiat currencies will exist in the future and the dollar will take the place of 150 of them, Bitcoin will also become a world currency and its price will be 100X from where it is right now.

Saylor is betting it all on Bitcoin. Since August 2020, Michael Saylor has been investing in Bitcoin both personally and by his company. The odd point is that in 2013 he had criticized Bitcoin after studying the currency.

Finally, when asked whether Bitcoin could be banned by countries, Saylor said that we will see three types of governments: the communist, which will not give Bitcoin any rights (like Cuba, China, and North Korea), then governments with weak currencies which will let you Hold BTC but not trade it (like Turkey and Argentina) and finally countries with strong currencies which will collect capital gains taxes in bitcoin by accepting Bitcoin as other financial assets.