Is Opinion ‘BTC Digital Gold’ Falling Apart? Expert Views On What Happened and What To Expect As BTC Falls Below $36K 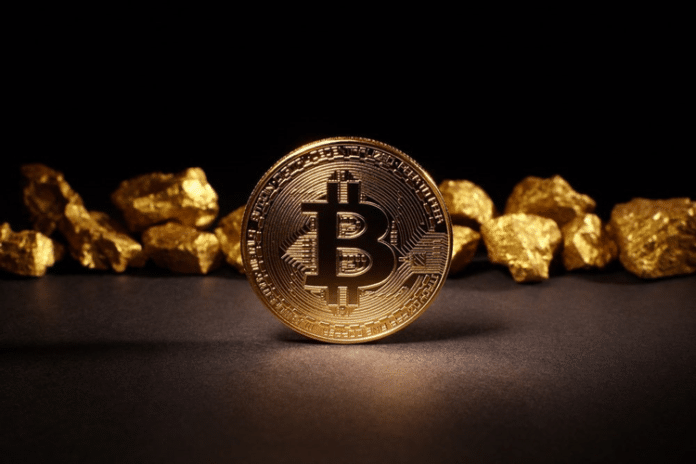 Bitcoin (BTC) engaged a sharp drop during the early hours of Friday, losing support at $40,000, reaching $35,500 today, pushing altcoins to a double-digit loss.

According to Coinglass, in the last 24 hours, there have been almost $900 million in liquidations. Of those, $336 million was in Bitcoin, $256 million in Ethereum, and $22 million in Solana.

The sharp fall results from capital flying to assets considered safer amid fears that central banks will raise the interest rates, increasing the attractiveness of government bonds.

Crypto-assets at this moment have a strong correlation with technology stocks, which have continued to fall sharply on American stock exchanges in recent days – Netflix, for example, has dropped almost 25%.

“The topic of the week is the latest jump in bond yields, particularly U.S. Treasuries, as investors continue to position themselves for an accelerated monetary tightening schedule,” the report reads.

According to Levante’s analysts, part of this drop refers to the dismantling of speculative positions.

“This market deleveraging occurred after investors around the world recalculated the probabilities of the Fed raising interest rates in 2022.

In addition to tightening liquidity, the measures are intended to lower inflation. And for some time now, cryptocurrencies have been functioning as a hedge against inflation. With less need to hedge, positions are dismantled”, says Levante.

On Friday, Bloomberg released a survey of economists who expect U.S. central bank officials to raise the benchmark interest rate in March, marking the first increase in more than three years. They will reduce the balance sheet and the institution’s assets soon after.

Most of the 45 economists participating in the survey believe the Fed will use the January 25-26 meeting to communicate a 0.25 percentage point increase in the reference rate to combat inflationary pressures. Two of them expect a more substantial increase of 0.50 points, which would be the largest since 2000.

For analysts, the key to Bitcoin’s recovery is the return of institutional investors, who have been making profits since the last quarter of last year.

“Institutional inflows have to come back, and with the $40K support of BTC broken, the market as a whole has been pushed down,” said Laurent Kssis, ETF expert and director at CEC Capital.

However, in his opinion, the short-term outlook is terrible. The cryptocurrency price is likely to fall further, possibly causing a new wave of liquidations from leveraged traders.

“There is still $100 million of long positions open, half of which is on the BitMEX exchange, something I haven’t seen in a while, As BTC plummeted overnight, these leveraged long positions must be liquidated; it’s just a matter of time.”

Jeffrey Gundlach, also known as the “King of Bond,” told Business Insider that Bitcoin is a speculation tool. Referring to recent changes in the price of the first cryptocurrency, he expressed his opinion on investing in digital assets.

“Bitcoin is for speculators. I would advise against buying it. Maybe you should buy it at $25,000.”  He also said ‘bitcoin is for momentum investors only.’

Valdiney Pimenta, CEO of BitPreço, talks about the possibility of the market being in the so-called “crypto winter.”

“Historically, after a bull market like the one we saw in 2021, there follows a long period of a bear market, known as the crypto winter. I believe that there are strong chances that this period is starting, which could extend throughout this year.”

Legendary trader John Bollinger predicted on Jan 10th the price of Bitcoin could trade as low as $30,000 if support at $40,000 is lost, a moment that calls for the attention of market traders. While Mike Novogratz saw Bitcoin’s drop as a buying opportunity in the $40,000 range.

According to Huobi experts, Bitcoin is like to suffer a bear market, and the price of bitcoin will fall this year as global markets will react to the U.S. Federal Reserve dialing back on asset purchases.

Trader and investor Vinícius Terranova is more cautious and warns of a possible sharper drop. “$34,500 is where I start to buy, where the next support is,” he points out.  For Terranova, if BTC drops below this region, it risks collapsing to $28,000, the price last recorded in July 2021.

Is The Idea Of Bitcoin As Digital Gold Falling Apart?

The sharp fall of Bitcoin raises the question of whether Bitcoin is still best as a hedge against inflation and will BTC be able to keep its title of Digital Gold?

“If your premise is that you want to buy something as a hedge against distress, boring is great, Right now, I’d argue gold year-to-date is one of your best-performing assets.”

“Cryptocurrency enthusiasts, including Mike Novogratz, have previously said Bitcoin displays the qualities of gold as an uncorrelated asset. Yet, the 100-day correlation between the Nasdaq 100 and Bitcoin currently stands at 0.4, with a score of 1 representing complete harmony. Meanwhile, the same coefficient between gold and Bitcoin is 0.008 — barely above zero — indicting they’re moving only slightly in the same direction.”

“No one is buying gold to get rich. People buy gold to stay rich, Gold represents a conservative, long-term store of v; Goldnd inflation hedge: Bitcoin is none of those things.”

On the other hand, some specialist emphasizes such decline are the best opportunity for investment in the medium and long term. Humberto Andrade, a Bitcoin Market trader, says that despite the 44% drop since the all-time high reached in November, it is still too early to say that the crypto market has entered the bear market.

The well-known writer behind the book “Rich Dad Poor Dad,” Robert Kiyosaki, talked On his Twitter official profile that markets dips are the best opportunities to go shopping when markets provide discounts. He mentioned that NASDAQ, Gold, Bitcoin, Silver all are down, and it’s time to get richer by buying this dip.