New Record: 10 Billion Shiba Inu Burnt In Single Transaction By A Mysterious Wallet, 12.6B In 24 Hours

New Burning Record has been set. The mysterious wallet has sent 10 Billion Shiba Inu (SHIB) tokens to a dead wallet in a single shot.

One mysterious wallet has just set a new record by burning a whopping 10 billion SHIB, worth $124,300 in a single transaction. The transaction took place just one hour from now.

This most significant burn has sent the SHIB burn rate to the Moon. The burn rate has surged over 5063% in the last 24 hours. 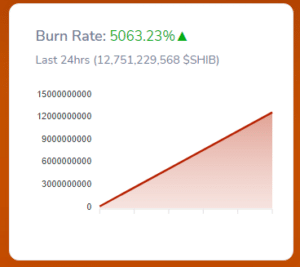 Upon investigation, we come up with some interesting information about the wallet.

Yesterday, the reward distribution promise was officially fulfilled. Ryoshi Vision via tweet officially declared that Shiba Inu Burn Portal rewards have gone live on ShibaSwap i.e., Ryoshi Vision has been distributed among SHIB Burners, and from now onwards, every week SHIB Burners will be rewarded in the same way.

The first distribution of ShibaBurn Rewards are out now.

For those who burned $SHIB trough the burn portal and are holding $burntSHIB your rewards are available now.

The burning of Shiba Inu has become really slow in the past week as SHIB fails to retain its critical support level located at $0.00001717 on the daily chart and slips over 46% to hit the new yearly low prices of $0.0000095 (historical resistance level).

But the announcement of rewards distribution bolsters the confidence of the Shiba Inu Community in the project. This in turn helps the SHIB Burn Rate to surge drastically in the last 24 hours.

On the other hand, SHIB Burn Portal becomes the “BIG SUCCESS” for the Shiba Inu ecosystem. Since its launch, the SHIB Army has permanently removed 41,280,074,662 (41.28B) SHIB from circulation in almost one thousand transactions. 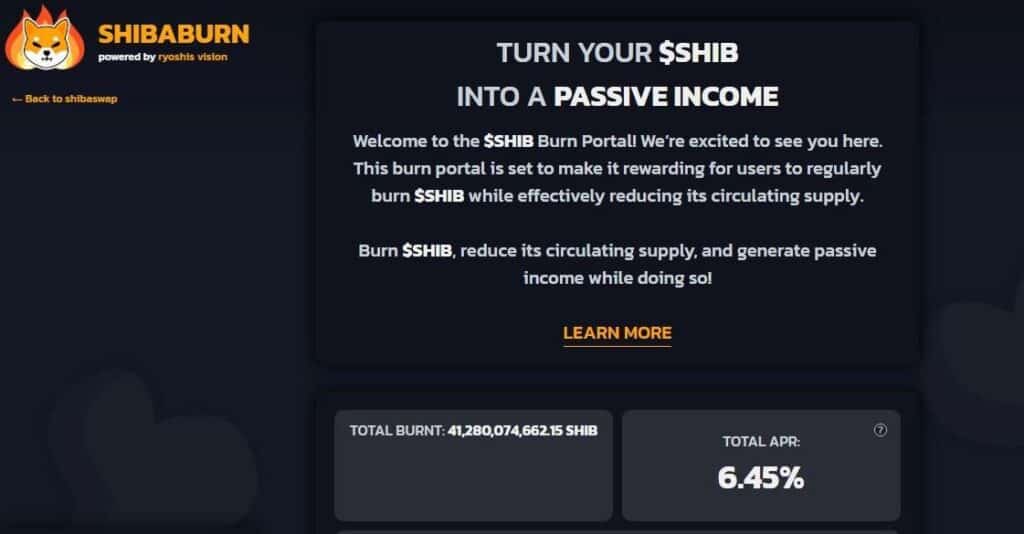